Baby photo shoot during the first year of life 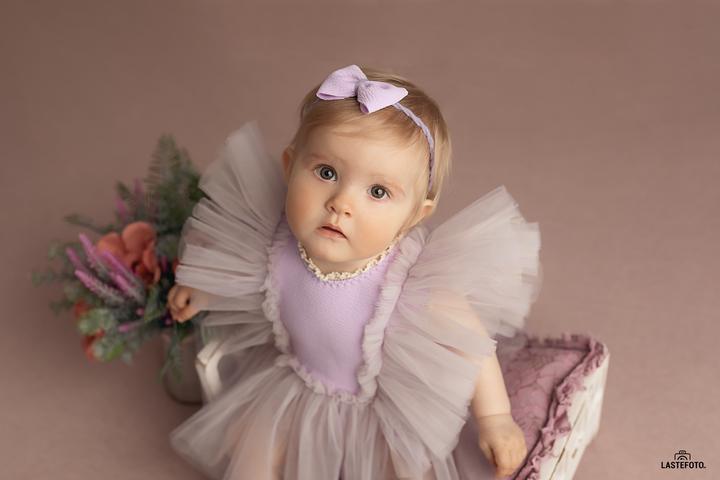 A photo shoot with a newborn or one taken at 3, 6, or 9 months - which is preferable? In order to get the most variety of images, how many photo shootings per year are ideal? Such questions are frequently made by young parents. Additionally, while the frequency of photo shootings is decided by each family individually based on their preferences and finances, the details of photo shoots at each age may be worthwhile as a recommendation.

Although parents frequently feel that it is “too early,” now is the ideal time for a photo shoot if your baby has just been born. The baby normally sleeps soundly, so they aren’t even aware of posing or switching between props. Additionally, it is also very important to note that babies often do not experience colic at this time.

What a photo shoot with an older baby should look like

It is preferable to delay the photo session for babies older than four weeks until they are three months old. At this age, colic can be relatively frequent, which makes sleeping habits more disturbed and shortens the amount of time a baby is awake for a proper photo shoot.

If for whatever reason you didn’t have time to take a photo shoot during the newborn period, it’s time to consider one if the baby is three months old and colic is well behind the baby. In this case, attention is being paid to the baby’s waking periods, feelings, and familiarity with toys and  world around him. By the way, babies fit perfectly well in baskets and other similar props at this age, as well as at 4-5 months, though they rarely agree to sleep in them any longer, but they still look very cute.

Babies are learning to sit up on their own at 6-7 months, which greatly expands the number of shot scenarios available. If you plan a photo shoot around this time, you’ll get a lot of great shots.

Photographing a baby at 8-9 months is difficult because they are constantly trying to get out of the shot, wiggle around, and explore everything within their reach. However, nothing is impossible for a baby photographer, so even if you are completely unable to capture your baby, a professional baby photographer will succeed.