What is the recommended age for a newborn photo shoot 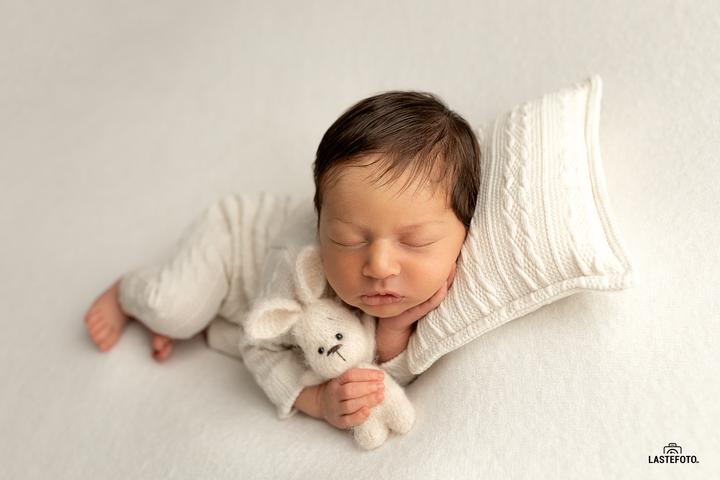 Up to what age is a newborn photo shoot recommended? Let’s figure it out.

Doctors determine the neonatal period at 28 days from the moment the baby is born. It takes so much time for a newborn baby to adapt to a new environment. It is expressed by one of the most important properties of the body - in the first four weeks of life a newborn baby usually sleeps a lot. After this period a completely different life begins - rapid development, increased activity, periods of sleep are reduced and periods of wakefulness are lengthened.

What do newborn photographers think?

For newborn photographers the period suitable for a newborn photo shoot is usually the first two weeks of a baby’s life. Why so? It’s simple: most often during this period the baby’s sleep is as strong and calm as possible. The baby cannot be awakened either by laying in the desired position or by changing clothes. The baby sleeps peacefully and the photographer calmly works.

However, this does not mean that it will not be possible to photograph the baby in the next two weeks. It’s just that the duration of the photo session may increase and, perhaps, the baby will not be able to be put in all the desired poses.

Therefore, a newborn photo shoot should be booked in advance, preferably in the last months of pregnancy. Or contact the newborn photographer as soon as possible after the birth.

What to do if you did not have time to make a photo shoot of a newborn on time?

It was not possible to make a photo shoot of a newborn during the recommended period, but you still want to have newborn pictures? No problem! But do not put off the first photo shoot of your baby for an indefinite period. Keep in mind that every day your baby’s sleep becomes more and more sensitive. In addition, colic may begin to bother the baby. Therefore, if you have booked a photo shoot for a approximately one month old baby it is best to act according to the situation during the photo shoot. You can plan the set-ups and discuss the desired poses with the newborn photographer, but, unfortunately, the photographer cannot give guarantees that everything planned will be realized. The best solution would be to abandon difficult poses and shoot based on the mood of the small model. In this case there will be less expectations and the atmosphere at the photo shoot will be more comfortable so you will certainly get many beautiful photos.